As concern about the scarcity of energy and raw materials continues to grow, Nouryon is among a group of companies looking to use waste to make valuable chemicals and bio-fuels.

A consortium including Nouryon, Enerkem, Air Liquide, Port of Rotterdam, and Shell are looking to build a waste-to-chemicals plant in the Netherlands which will produce methanol from residual waste.

The new chemical plant will be based on innovative technology developed by Enerkem which converts residual waste into syngas and then into high-quality methanol, a chemical building block used to make a broad range of everyday products and as a renewable fuel. The methanol can be converted into substances such as acetic acid (e.g. for fibers and adhesives), thickening agents, and dimethyl ether (clean propellant gases). These chemicals are currently generated almost entirely from fossil fuels; the planned facility will provide a sustainable alternative.

Enerkem’s technology has been extensively tested and developed over the past 15 years. A commercial facility has been operating in Canada since 2015 and was certified according to the International Sustainability and Carbon Certification (ISCC) system. The new plant in Rotterdam will be the first of its kind in Europe, and the project is supported by the City of Rotterdam, the province of South Holland, and the regional development agency InnovationQuarter.

The planned facility will convert up to 360,000 tons of waste into 220,000 tons (270 million liters) of bio-methanol. This represents the total annual waste of more than 700,000 households and represents a CO2 emission savings estimated at about 300,000 tons when compared to the production of methanol from fossil fuels.

Once the facility is constructed, it will represent a significant step towards a sustainable and circular approach to waste management in Rotterdam. Enerkem's technology will complement existing recycling technologies, such as source separation and conventional recycling. Chemical recycling is a critical addition for the transition towards a truly circular economy, and projects such as this will help the Netherlands realize its ambition to become carbon-neutral by 2050.

Take a look at our Industrial Chemicals website for more information about our products.

More about our even greater focus 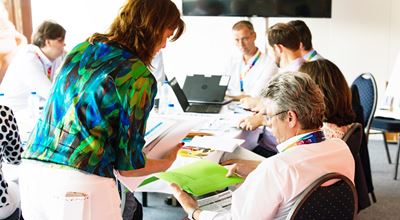 Even greater focus on innovation

The development of products based on fossil resources such as synthetic plastics and fibers has run its course and people are becoming increasingly concerned about resource use and product disposal.

Nadima is an Account Manager in Surface Chemistry. She exemplifies our commitment to leading the way. 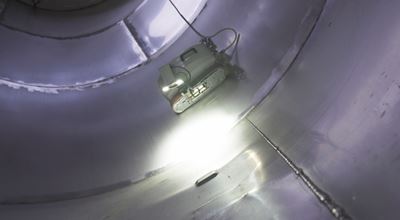 Even greater focus on... partnership

Our success has been built on partnerships, and now that we’re Nouryon, we’re putting even greater focus on meeting our customers’ needs and working with our partners to create value and mutual growth.

Vacancies in The Netherlands